Are Artificial Intelligence customer service agents the vision of the future? 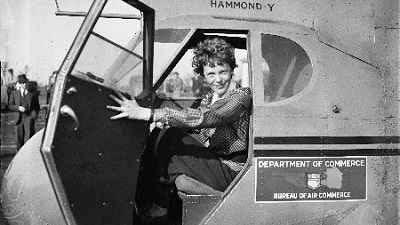 A new artificial intelligence computing system has been unveiled, which promises to transform the global workforce. Named ‘Amelia’ after American aviator and pioneer Amelia Earhart, the system is able to shoulder the burden of often tedious and laborious tasks, allowing human co-workers to take on more creative roles.

International IT company IPsoft launched the AI platform which has bee designed specifically to work alongside humans and ‘shoulder the burden of tedious often laborious  tasks’. ‘Amelia’’s ability to understand and process text, tasks and create solutions to problems and questions leads it seamlessly into the world of call centres and customer services.

Interestingly, she can learn from previous conversations, and also adapt contextually to understand user needs in a way which has never been seen before.

The Wall Street Journal reports that some Fortune 100 companies are already testing Amelia in their call centres, where her machine brain gives her the kind of consistency that humans can’t compete with. Although  IPsoft are keen to  emphasise the business advantages of using an AI system over a human, there is a underpinning threat and uncertainly associated the robots replacing human employment and interaction.

Analysts at Gartner predict that, by 2017, managed services offerings that make use of autonomics and cognitive platforms like Amelia will drive a 60 per cent reduction in the cost of services, enabling organisations to apply human talent to higher level tasks requiring creativity, curiosity and innovation.

All stories by: mattd