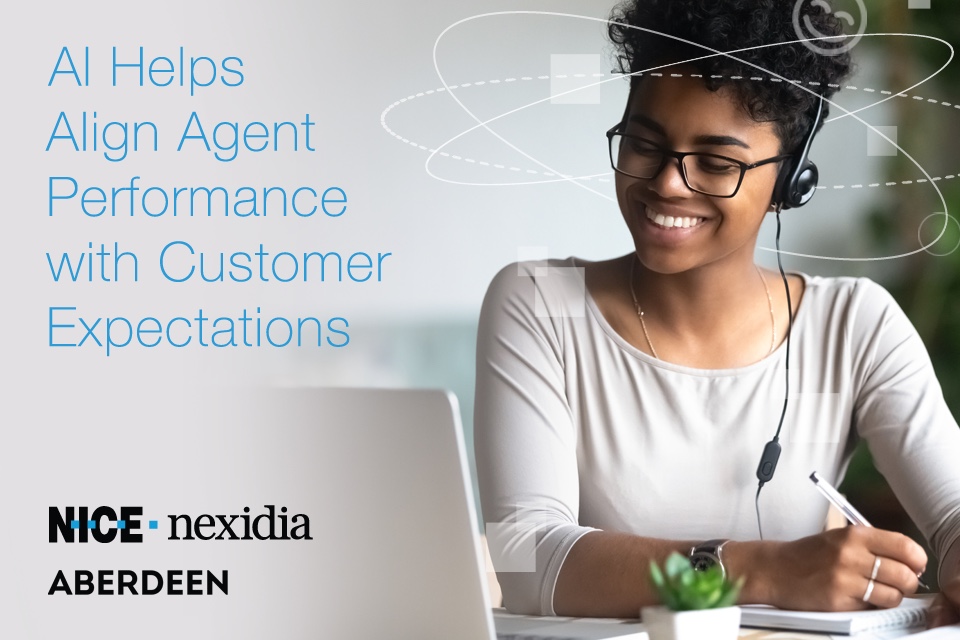 Aberdeen found that the No. 1 priority of contact centres, regardless of industry, is to improve the customer experience, followed by reducing service costs to drive operational efficiency.  In the report, “The ROI of Real-time Agent Guidance: How AI Helps Align Agent Performance with Customer Expectations,” Aberdeen Vice President and Principal Analyst Omer Minkara details opportunities for improvement for contact centres considering implementing AI.

AI enables organizations to monitor and analyse 100% of customer interactions in real time and give agents the contextual guidance they need to turn the conversation around in the moment. Supervisors gain relevant and accurate insights that help boost their productivity and inform the one-on-one coaching and guidance they offer to agents. In fact, firms using AI report a 2.9% annual improvement in the amount of time supervisors spend helping agents, compared to a 0.1% worsening by contact centers without AI capabilities.

The benefits of AI in the contact center extend to customers as well. According to the report, contact centres leveraging AI capabilities like speech analytics, text analytics and journey analytics enjoy superior CX performance improvements that include:

“Modern contact centers leverage AI capabilities to take quality assurance to the next level,” Minkara wrote. “Instead of periodic reviews and subsequent agent coaching and guidance, they use AI capabilities to review all interactions in real time – using the resulting insights to provide agents with real-time contextual guidance.”

“This helps shorten the time to make necessary improvements in agent skills and activities to address evolving client needs,” he added. “It also minimizes customer frustration and churn due to inefficiencies in service delivery activities.”

Minkara concluded the report with a strong recommendation that contact centers not currently using AI to boost agent productivity and performance consider doing so. AI models can learn from and be trained using an organization’s historical interaction data, enabling quick results. Read the full report here. 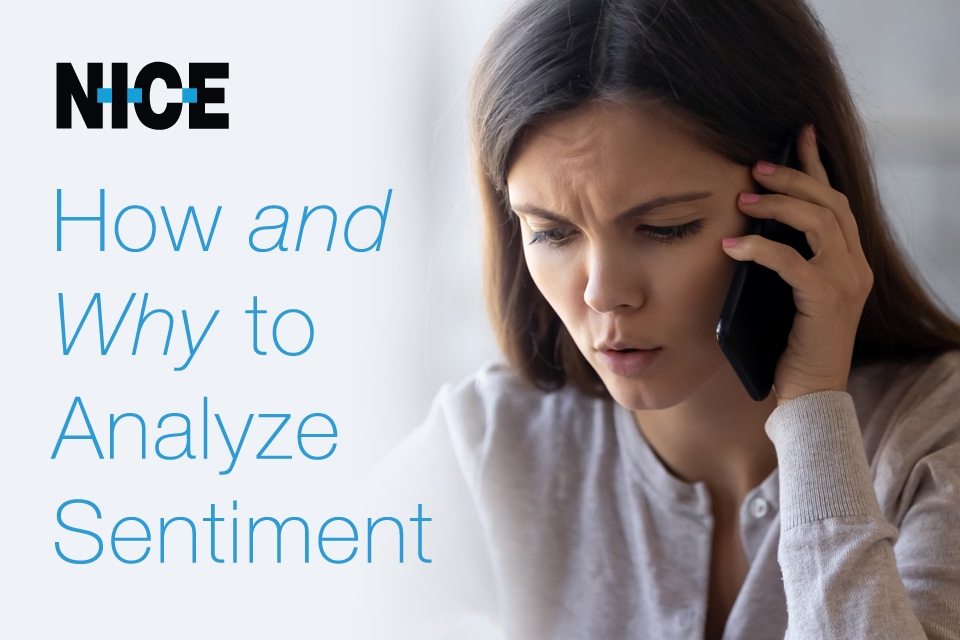 How – and Why – to Analyze Sentiment

“I have terrible news,” your boss wrote in an email late last night. “The project has officially been delayed.”

Without any additional context, this news could be cause for joy – you’ll no longer be working all weekend to deliver on a deadline – or significant trepidation, particularly if the delay was caused by an error you made. The same word – terrible – can be used sincerely or jokingly, with very different sentiment attached to it as a result.

Sentiment is critical when it comes to customer service, and sentiment analysis is being increasingly used to measure emotion in customer and agent interactions.  After all, it’s not always about what is said but rather how it’s said and what emotions are conveyed. As important as it is to analyze the words that are spoken or written in an interaction to gain clues as to whether a customer interaction is positive or negative, it’s even more important to analyze sentiment in agent-customer interactions.

Sentiment analysis is the practice of assessing customer input to determine attitudes and opinions about brands, products, marketing campaigns and more. It relies on natural language processing, machine learning and computational linguistics to identify, extract and quantify subjective information from phone, chat, email, social media and more. Its use is increasing in part due to the widespread shift toward omnichannel customer service. With thousands, or hundreds of thousands, of interactions over a variety of channels, contact centers simply can’t rely on manual analysis of interactions to understand how customers feel about their business.

Sentiment analysis has far-reaching applications. The Obama administration famously used it to measure public opinion in the weeks and months leading up to the 2012 presidential election, and politicians and brands alike have since embraced the approach to better understand public attitude and opinion.

In the contact center, sentiment analysis allows the organization to analyze customer interactions to:

“When you measure people’s reactions interacting with your support team, you get a clearer picture of their level of satisfaction,” Jia Wertz wrote in Forbes. “This allows you to address customer service issues more efficiently, based on a different type of feedback – unfiltered, less intrusive and more honest.”

To be truly effective, the sentiment measurement must be sophisticated enough to identify the relative emotion of agents and customers separately for more accurate results. AI-powered sentiment analysis employs language models to find positive and negative words and phrases, spoken or written, as well as AI machine learning that has been trained to predict the outcome of the interaction. Models must be trained to score words and phrases carefully within the context in which they’re spoken.

Sentiment models go beyond language with added features that create greater accuracy in sentiment scores. Among the factors they consider are:

AI-powered sentiment models also score interactions as starting positive and moving to negative, or vice versa, to allow organizations perform root cause analysis. There are many causes of positive and negative interactions, such as problems with a process or product or frustration with an agent. An interaction that begins positive and ends negative can be due to a confused agent who’s unable to help or the customer not liking the answer they get (i.e., that an overdue bill has been sent to collections).

Organizations around the world are already using sentiment analysis with advanced AI techniques to better understand the customer and act on that understanding. While sentiment models score 100% of interactions, measuring sentiment is most effective when considering the larger picture; while it’s important to identify a single interaction, particularly when you can provide real-time guidance to turn a call around, it doesn’t provide insight into trends surrounding negative calls and the topics driving them.

“As with any new technology, the value is not in the information you mine, it’s in what you do with it,” Futurum Research Analyst Daniel Newman wrote in Forbes. “The power of AI isn’t in replacing our need to understand our customers, it’s in using tools to understand them better and then act on those understandings, for the better.”